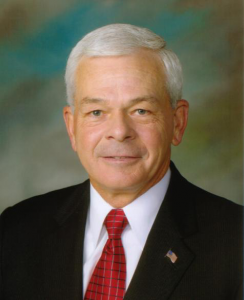 SSU is proud to have esteemed General William F. “Buck” Kernan on our team as a development advisor and business mentor. His leadership and support greatly enhance our corporate growth across a variety of business lines.

General Kernan’s military career began in 1968 at Fort Benning, GA, where he was commissioned as an Infantry Officer at Officer Candidate School. From there, General Kernan skyrocketed into the history books as he went on to serve as commander of the XVIII Airborne Corps at Fort Bragg and the 101st Airborne Division (Air Assault) at Fort Campbell, KY. His illustrious career included multiple combat tours in Vietnam, Grenada, and Panama, where he led the 75th Ranger Regiment on its combat parachute assault during Operation Just Cause. From his invaluable and diverse first-hand experience, General Kernan has extensive expertise in joint operations and warfighting. In 2002, he retired from the U.S. military after serving his final post as the commander of Joint Forces Command in Norfolk, Virginia.

Since leaving the armed forces and settling in the Carolinas, General Kernan has become deeply involved in fostering a strong partnership between the state of North Carolina and the defense industry. As a supporter of the North Carolina Defense Business Association, he has worked closely with the Governor and other elected officials to bring the defense industry and its economic benefits to our state.

General Kernan holds a B.A. in History and an M.A. in Personnel Administration from the United States Army Command and General Staff College.